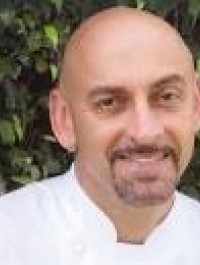 Chef John Nowakowski began his culinary career in 1978 at age 21, and at the age of 24 became the youngest Executive Chef for all of Marriott’s hotels and resorts. He began his healthy cooking career at Pi’s Place Restaurant in Miami. His Heart Healthy menu showed thousands of guests how delicious healthy food can taste. Pi’s Place went on to win the Best Restaurant award in downtown Miami in successive years. For several decades, John served as the Executive Chef and health lecturer at the Regency Health Spa in Hollywood, Florida. His healthy vegan fare has been enjoyed by thousands of guests who have lost weight and learned how to apply the hygienic lifestyle upon their return home. John currently offers Chef John’s Now-A-Kowski’s Healthy Beach Retreats at the Sea Downs and Bouganvillea Hotels in Hollywood, Florida.

Back to Board Members
Posts by this Expert
Welcome to the new home of the National Health Association!
If you are an existing member, you will need to reset your password in order to log in and take advantage of all the great benefits being a member provides—which now includes the ability to update your own contact information (address, phone number, email, upload a picture and much more). Please start by clicking the Register/Log In button and follow the instructions on that page. Once your password is reset, you will use your email address as your username. You no longer have or need a Member Number. Please contact us if you have questions—and thanks for your support!