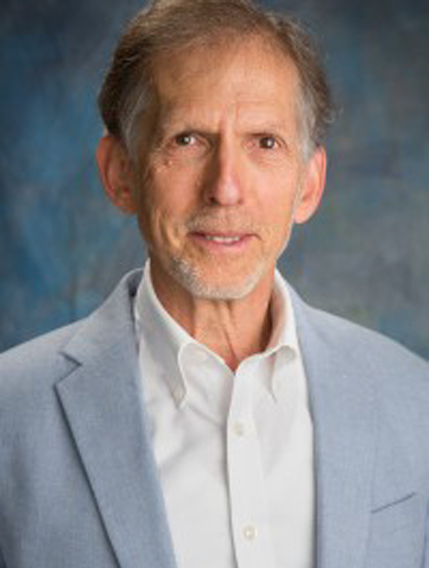 Attorney Mark Huberman is the President of the National Health Association and Editor of Health Science magazine.  He  has adhered to a whole food, plant-based vegan diet for all of his 69 years and credits his excellent health to the pioneering vision of his parents, Max and Ruth Huberman, who had the foresight to recognize the profound benefits of this lifestyle long before most others.  His parents operated a legendary health food store in Boardman, Ohio for more than 33 years where they influenced countless individuals to change their diet and lifestyle and regain and preserve their health.

Mark has been a lawyer for over 42 years.  For the first 20 years, he was engaged in the private practice of law, 10 of which he served as a Part-Time Magistrate of the Mahoning County Juvenile Court.  For the next 20 years, he served as the Chief Magistrate of the Mahoning County Domestic Relations Court until retiring in June 2017.  He was also a founding member of the Ohio Association of Magistrates and has served on numerous Advisory Committees and Commissions of the Ohio Supreme Court including the Commission on the Rules of Practice and Procedure which he chaired for 3 years.  Mark has also been actively involved in leadership positions in a wide variety of community organizations.  He currently also serves as Administrator of the Magistrates Association.

For nearly all of Mark’s adult life, his greatest passion has been supporting the work of the National Health Association, the oldest organization in the Country advocating the benefits of a whole-food, plant-based diet and lifestyle, something it has been championing since its founding in 1948.  He became a member of its Board of Directors when he was 18 years old and was elected its youngest President in 1977 and served two consecutive two-year terms.  He returned to serve two more terms in the mid 1990’s and then once again from 2004-2005.  In March 2012, he was again asked to serve as President and has continued in that role to this day.

In June 2014, the NHA’s long-time Executive Director, Lynn Grudnik retired and Mark moved the NHA operations from Tampa, Florida to Youngstown, Ohio where he took on the additional responsibilities as Executive Director and Editor of its award-winning quarterly health journal, Health Science, which is now produced, published and mailed locally.

In June 2017, Mark retired from his Magistrate position to devote the lion share of his energies to the NHA.  In partnership with is wife, Wanda, they have organized annual health conferences which have featured the leading voices of the whole-food, plant-based health movement, including Drs. Joel Fuhrman, Alan Goldhamer, Stephan Esser, Frank Sabatino and more.

In January 2020, Wanda Huberman retired from her 30 year career in the insurance industry to become the full time Executive Director of the NHA allowing Mark to devote his full time and attention to being President of the NHA and serving as Editor of Health Science.

Mark loves sports, the theater, and in the Summer time, his organic garden. He and his wife, Wanda, are the proud parents of daughters Heather and Lisa, who are both Life Members of the NHA. They are also incredibly proud of their niece, Liz Moore, whom they had the privilege of raising for over 11 years.

Contact Mark Back to Board Members
Posts by this Expert
Welcome to the new home of the National Health Association!
If you are an existing member, you will need to reset your password in order to log in and take advantage of all the great benefits being a member provides—which now includes the ability to update your own contact information (address, phone number, email, upload a picture and much more). Please start by clicking Register/Log In in the upper right hand corner of this home page and follow the instructions on that page. Once your password is reset, you will user your email address as your username. You no longer have or need a Member Number. Please contact us if you have questions—and thanks for your support!