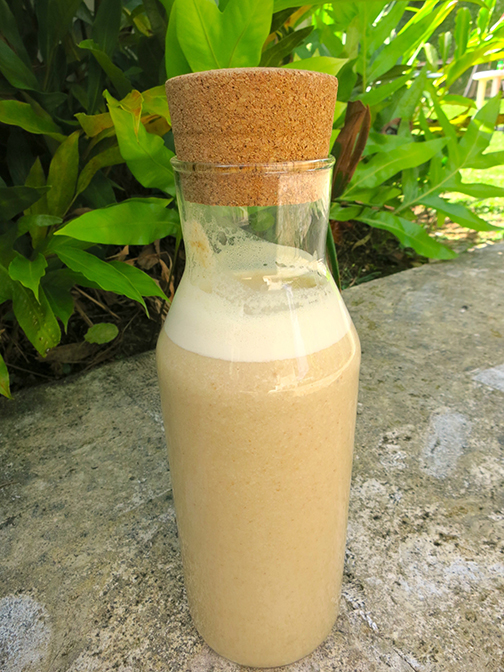 Horchata is toasted sesame seed milk that has been sweetened. It is served ice-cold as a natural refreshment.

1. Toast the sesame seeds in a large pot or pan, stirring the seeds constantly with a wooden spoon until they begin to brown (be careful not to toast them too dark because it will give the milk a bitter taste).

2. Put the seeds into a blender with the water, dates, and cinnamon, and blend them until the liquid appears tan in color. The milk can be strained using a cheesecloth or nut milk bag, but it is not necessary. Place the milk in a container in the refrigerator. Lasts three to five days.

Dra. Joanna Frey is the co-founder and co-director of Clinica Back to the Garden, located in San Juan, Puerto Rico. The clinic boasts the only physician supervised fasting and education center in Latin America. Dra. Frey gives lectures and webinars on healthful living, and has written two recipe ebooks. Along with her husband Dr. Asa Frey and son Asher, she has been practicing healthful living, and has eaten a diet exclusively derived from whole plant foods (without added salt, sugar and oil) for the past eight years.