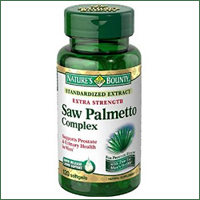 Q: Should otherwise healthy men who have no symptoms take saw palmetto or a multivitamin with saw palmetto in it?

A: It is important to understand that saw palmetto is not a nutrient that is necessary to the prostate; it is a foreign substance just like a prescribed drug. Do not be fooled by false claims about saw palmetto such as “supports prostate health,” as it does nothing of the sort. If a man is having symptoms referable to the prostate, such as urinating at night or straining to urinate, and the symptoms are bothersome to him and interfere with his quality of life, then medication that is effective at relieving symptoms can be considered. Unfortunately, saw palmetto does not fall into that category because it has been shown in numerous studies (including a recent one that used three times the usual dose) to be of no value.1,2

On the other hand, if a man is not having any symptoms related to his prostate, it makes no sense for him to waste his money on something that he doesn’t need, is ineffective for its stated purpose, and is considered an “endocrine disrupter,” as it may interfere with the action of the male hormone testosterone.3

Share This
PREVIOUS ARTICLE
Should I get a Mammogram at Age 40?
NEXT ARTICLE
Should Healthy Men Take Saw Palmetto?
Welcome to the new home of the National Health Association!
If you are an existing member, you will need to reset your password in order to log in and take advantage of all the great benefits being a member provides—which now includes the ability to update your own contact information (address, phone number, email, upload a picture and much more). Please start by clicking the Register/Log In button and follow the instructions on that page. Once your password is reset, you will use your email address as your username. You no longer have or need a Member Number. Please contact us if you have questions—and thanks for your support!